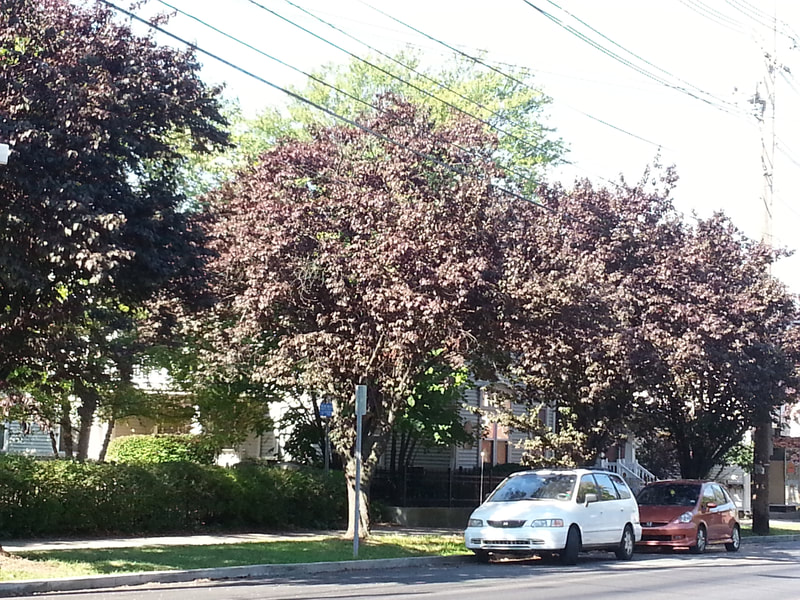 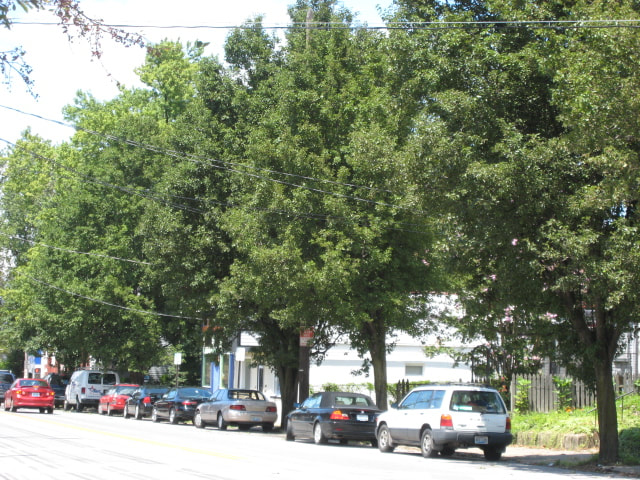 ​The goal of the Street Tree Master Plan is to replant street trees along Frankfort Avenue in Clifton from Mellwood Ave. to Ewing Ave.  The plan’s focus is on tree species selection and placement.

The Frankfort Avenue Street Tree Master Plan began in the spring of 2012 under the direction of the Billy Goat Hill Garden Tree Canopy committee.  Three stakeholder meetings were held at the Clifton Center to seek input and refine the project. A public meeting to present highlights of the Street Tree Master Plan and hear from the broader Clifton neighborhood was held on May 10th and was followed by a similar presentation to the Clifton Community Council on May 15th. As the study area is within the Clifton Preservation District, the Clifton Architectural Review Committee of the Landmarks Commission adopted the Street Tree Master Plan at its meeting on July 25, 2012. The Landmarks staff utilizes the Plan to approve the location and tree species and issue a Certificate of Appropriateness for any new street trees planted or replaced on Frankfort Avenue in Clifton.

History of Street Trees along Frankfort Avenue
From 1991 to 1993 approximately 200 trees were planted on Frankfort Ave between Mellwood and Ewing Avenues as part of the Clifton Commercial Corridor Task Force. Tree well locations were selected on a consistent spacing without regard of the surrounding context creating undesirable tree placement. In 2000, the Clifton Neighborhood Plan recommended replacing the street trees with more appropriate tree species for the urban setting. In 2003, a Frankfort Avenue Streetscape Plan was developed by Veritas, but the plan was not implemented due to funding limitations, nor was it species specific.

The Clifton Community Council Beautification Committee completed a tree inventory and tree assessment in August 2008 and although efforts to secure funding did not materialize, the Beautification committee continued to meet until May, 2010. In April 2011 the group reconvened as the Tree Canopy Committee of the Billy Goat Hill Garden and by mid-summer 9th District Councilperson Tina Ward-Pugh had committed funding to complete the Street Tree Master Plan.

Since 1993, many of the street trees on Frankfort have deteriorated from road salts, disease, drought, and increasingly violent weather episodes. Vehicular damage has occurred from delivery and garbage trucks and TARC buses. Property owners have improperly pruned and even cut down the trees. Certain species, like the crabapple trees produce fruit that drop on the sidewalks, causing hazards for pedestrians. They also require a regular maintenance plan to remove suckers, and after 18 years, have reached their maximum life span in their urban setting.

The Billy Goat Hill Garden Tree Canopy Committee was successful in receiving several grants to plant street trees on Frankfort Ave.  In October 2011, DD Williamson and John Varanese funded the planting of 3 Japanese Tree Lilacs.  In the spring of 2013, 15 ornamental pear trees were removed and 12 London Plane trees were planted in front of the American Printing House for the Blind and the KY School for the Blind with matching grant funds received from LGE and DD Williamson.  DD Williamson also provided funds to plant 9 more trees in December, 2013.  The Billy Goat Hill Garden was able to fund the planting of two more trees in January 2016 and one tree in January 2017.  One more tree is scheduled to be planted in 2019, before the closing of the garden. Nazareth Home Clifton will construct a new building where the community garden operated since 2008.

Other trees have been planted along Frankfort Ave. in Clifton by property and business owners using the Street Tree Master Plan for tree species selection and placement.